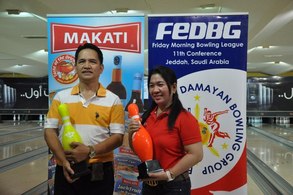 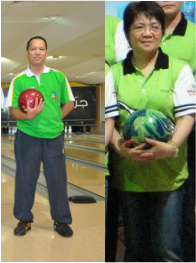 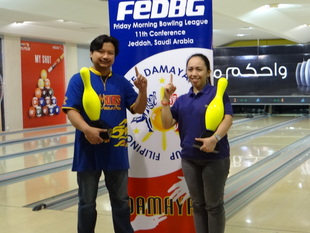 Against other division winners wherein Ruel Santoc, Ronnie de Castro and Ross Isabiniano topped their respective calss, Lising started with 212 to be on third behind Jun Estefano (248) and Daquioag (232) but in front of Garcia (211), de Castro (2017), Nards Hassan (201) and Paolo Allego (194). Undaunted by the fortress founded by Estefano, Lising bowled his usual way to sizzle with 220 to unknowingly seize the front seat with computed 432 as the early leader receded to second with 427 on his 179 split-laden game 2. Manalo who initially placed 9th, dazzled with 222 for 408 pursuit to be behind Daquioag who maintained third with 412. De Castro kept the border with 407 while Garcia, Edris Mangoda, Marlon Heredia, Danny Manriza and Jimmy Mandingiado tried to be within the striking distance with 404, 392, 390, 389 and 382 into the ultimate set.

With the lanes turning hostile after six games every aspirant gambled on survival stint. Lising lived on his sparing, but watching the chaining Nidoy albeit far down on two anemic start. As the struggles nearing ashore, Lising and Daquioag are at close contention with the latter trying to bulldoze the 20-pin advantage of the earlier on the homestretch. Molded by years on several tournaments, Lising brilliantly traded marks to keep his gap with 184. Such tactic successfully favored Lising as he stayed afloat with his 3-game handicapped series of 617 that prized him of his first championship making Daquioag his bridesmaid at 3-game scratch series of 604 including 192 endgame. Estefano, Manalo and de Castro survived winning column with respective series of 600, 592 and 589.

On the ladies division, Esperancilla with 3165 was qualified third behind top qualifier Ester Santoc (3226) and Grace Funtilon (3188). Edged by a pin at 756-755 by Aileen Miralbuna for semi finals top prize, Esperancilla together with Santoc (753), Lourdes Punzalan (748) and Eloisa Fernandez (733) entered the finals with great sense of title aspiration. Santoc was at the helm with 227 on the first salvo. Esperancilla paced closest with 215 followed by Fernandez (195), Miralbuna (188) and Punzalan (176). But a 186 for a 401 running sum installed Esperancilla on top as Santoc got hobbled with lane problems which her 136 slid her to third (363) behind Fernandez with 399. Alarmed by the recovery of Santoc, who is notably stringing strikes, Esperancilla entrenched her lead by precise sparing.  Such stance worked well for Esperancilla as she enabled to repulse the 213 of Santoc with 203 totaling 604 to be the February 2012 Bowlfest champion, her second major title in her young bowling career. With her significant upturn Santoc salvaged second place with 576 while Fernandez (550), Miralbuna (524) and Punzalan (493) ranked third to fifth respectively. Other lady bowlers that qualified but failed the winning column are Funtilon, Aisah Silabay, Minda Guevara, Sally Sañosa, Farida de Guzman, Mariz Resano and Malou Nidoy, the 246 hi-game achiever.

In picture: the Champions – Melvin Lising (L) and Christine Esperancilla (R)
Other winners- ABOVE PICTURE.