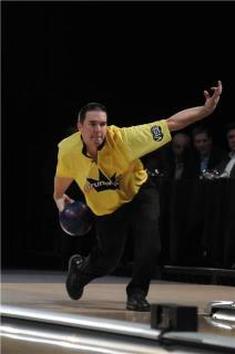 The Release
When studying the releases of top professionals and amateurs, you will notice a lot of different release styles and techniques that work for different types of players. So what then is the release that most bowlers should start with and what are the other options?

The two most common complaints I hear from bowlers about their release, is their inability to stay behind the ball and how to get more rotation on the ball. To better understand what happens at the release, I believe it is important to go back to the base release that will create a hook ball and then work from there.

When a bowler puts his hand in the ball, the fingers should go in first and they should bend. They should not squeeze and cause tightness in the arm, but should simply bend. The thumb should now be fully inserted into the ball. If you were to sit a ball in the center of a clock, the right-handed bowler would put their fingers in the 4 and 5 o’clock position with the thumb at about 10 o’clock. A left-handed bowler would be their fingers in the 7 and 8 o’clock position, with their thumb at about 2 0’clock. The wrist should be very straight. At the release the thumb should exit first at the knee in a slightly downward motion with the fingers staying bent. There is no need to turn the wrist or the arm, but simply maintain the bend in the fingers and this will produce a consistent leverage feeling and a hook ball will result.

But what about “lift” and staying behind the ball? First let’s compare lifting the ball with the fingers as opposed to maintaining leverage. For most bowlers, lifting with the fingers at the point of release causes a great deal of inconsistency. On one delivery they will lift too much, on the next one they will lift not enough, than they will lift perfect and then process repeats itself with the bowler becoming very frustrated at the inconsistency of their release. The other danger of lifting with the fingers is the direction that the fingers move. If the lifting motion causes the fingers to move toward the palm of the hand, this will cause the ball to track towards the thumbhole and in some cases actually roll over the thumbhole. In contrast to the bowler who uses lift is the bowler who uses leverage. As describe earlier, by simply maintaining a consistent bend in the fingers with the proper 4 and 5 clock position the bowler will develop a very simple and repeatable leveraged hand position that will produce a consistent hook.

After developing the muscle memory to repeat the base release, the second stage of creating more rotation comes from the ability to rotate the fingers through the ball. Contrary to the feeling of lifting the ball where the fingers tend to come to the palm, in finger rotation the fingers will rotate gently through the ball in a slightly forward and outward direction. So with the fingers in the 4 and 5 o’clock starting position, at the release the thumb will come out at the knee and the fingers will gently rotate towards the 4 and 3 o’clock position. If you watch Peter Webber the last couple of years, you will notice that most of the time his fingers are actually opening up towards the pins at the release. If you stop action at the point of release you will see that his fingers are still bent and as the ball rolls off his fingers and then he is moving them gently forward. Most observers will agree that Pete has the cleanest and most repeatable release in the history of the game. To further illustrate this point, take a small football and throw an underhand spiral. The tighter the spiral the better the fingers will have rotated through the ball. This is one of my favorite training drills to teach the proper movement of the fingers through the ball.

There are numerous add on techniques and hand positions that the advanced player can add to their game once they have developed the solid base release and proper finger rotation. Changing the tilt of the hand, cupping the wrist or relaxing the wrist can all have dramatic effects on the amount and type of rotation the bowler imparts on the ball. The key for the bowler to understand is that the hand must finish in the same position for the majority of release changes. If the bowler finds that he can’t repeat a certain hand position change, they should question whether they can add it to their game. Even at the professional level, very few bowlers can repeat all the possible variables in release changes and techniques. If you can add 2 or 3 different hand positions to the base position, you will be ahead of the majority of players.