How to Play in Short Oil Patterns 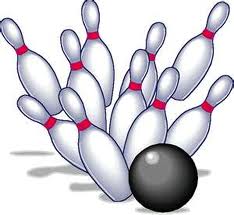 How to Play in Short Oil Patterns

Technique for a right handed player:

GET THE SLIDING FOOT RIGHT!

The main thing a player must do first is make sure they are lining up the correct way. Most people will release the ball about 4-8 boards right (right handed player) of their sliding foot.

Since the low point of the pattern has been stated to be outside of the fifth board, if a player is sliding left of 15, most likely they are playing in the flat part of the pattern way too long which minimizes their room for error.

Depending on the player and amount of free hook to the right, the sliding foot should be somewhere as far right as the sixth board to not much left of the 15th board.

KEEP THE INSIDE-OUT SWING PATH TO A MINIMUM.

If a player's swing is coming from the inside to the outside too much, they will have a launch angle that is too high which will make it very difficult to target along the oil line early enough or long enough. The more inside out your swing path is, the more difficult it is to go up the lane. Swing directions that are straighter down the target line will normally be more advantageous on the short patterns.

Historically players that excel on conditions that allow the extreme outside to play tend to be quieter in their release. It really does not matter if your axis rotation is high or low. Pete Weber is one of the best gutter players of the time and his axis rotation is almost 90 degrees. Get with a qualified coach to experiment what works best for your game and mental mindset.

Basically the ball releases energy in a very short length wise area. If you do not know your Positive Axis Point, find it before you layout or choose balls for the short and long patterns.

When Chris Barnes won his first PBA Title in Portland Oregon on a 32 foot oil pattern on freshly resurface wood lanes, he used an Navy Quantum with the pin located in his track (about 6 ¾ from his PAP). This helped him keep the ball in play because the weight block was already in a very stable position and therefore flare was virtually eliminated.

When you eliminate flare, you minimize backend reaction. Most players on the PBA Tour will use layouts that place the pin farther from their PAP rather than closer to their PAP.

Another option is to use a ball that already has a low flare core, preferably less than .026. However, the best option for most players is probably a low differential urethane or even a polyester ball. These ball types will allow you target along the oil line for an extended period of time because they release energy in a more continual manner which will maximize your room for error.